A showcase of different keebs I've designed and used 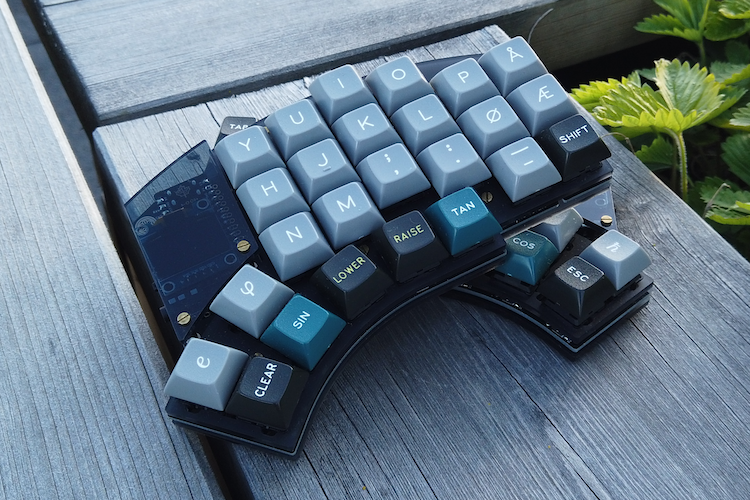 While I was trying to learn to use my Ergodash Mini I started to look at other split board, becase I was unsure if the layout till the Mini was what I wanted. A lot of time was spent looking at the Kyria, and I even printed out the layout, to get a fell of how it was. And now, after nearly three months I have my own Kyria.

I have tried out the Kyria for about a week now, using it at work, programming. And sadly, I don’t think the layout is for me. The main issue is the thumb cluster. It’s too long, or maybe wide is a better description. I always have to stretch my thumb, and I often felt that there where to much distance between my tab-key and super-key. Another issue is the double buttons on the thumb cluster, a main button, and a different button above. I have the same issue with the Mini (and a lot of other boards), where I can reach the upper thumb button without twisting my hand. 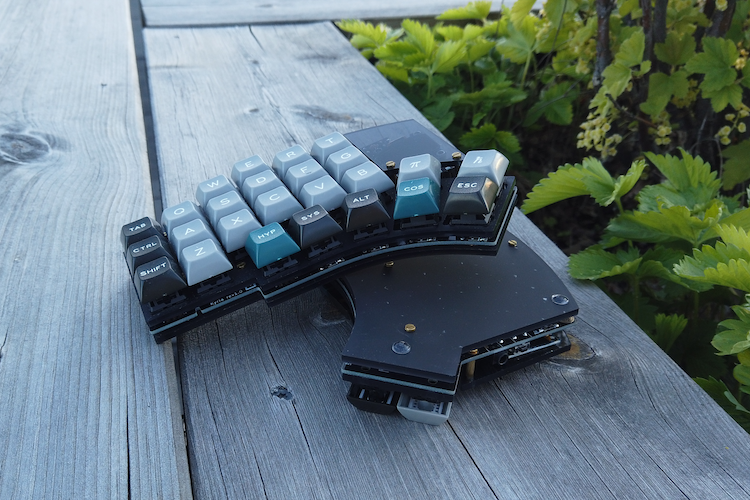 A cool and different feature of the Kyria is the OLED-screen. Specifically the resolution. It doubles the high of a screen, so instead of the normal 128x32, is is 128x64. Making it more suitible to show things in landscape mode. It took some time to figure out how to make my own images for the screen, but togheter with Jakobkg we did it! Check out his image2oled.py if you want to try it yourself. There is even a preview mode if you don’t have a screen to use.

Thomas Baart the creator of the Kyria has a rather extensive support for the keyboard. More than what I’ve seen from other vendors. It’s also an easy build, as there is through-holes components, and a good build guide! Everything can be bought from his splitkb.com site.

For now he only sells Kyrua and Corne, but I hope that he will expand his portfolio, especially with a site called splitkb.com. Would be cool with a European proxy for a load of different split-boards. 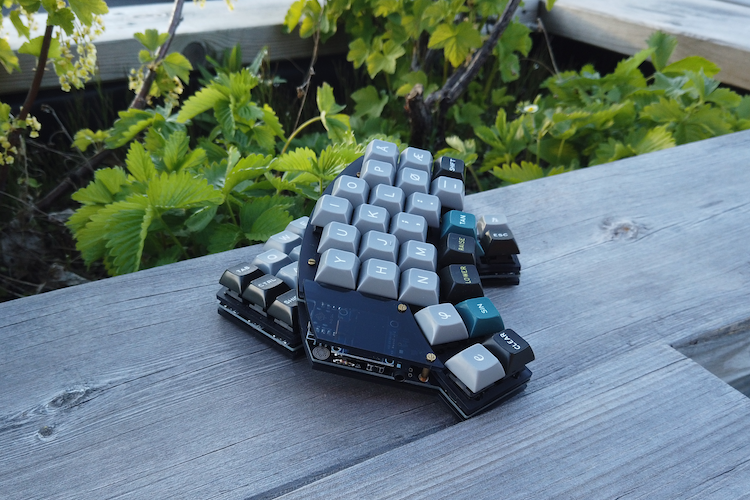